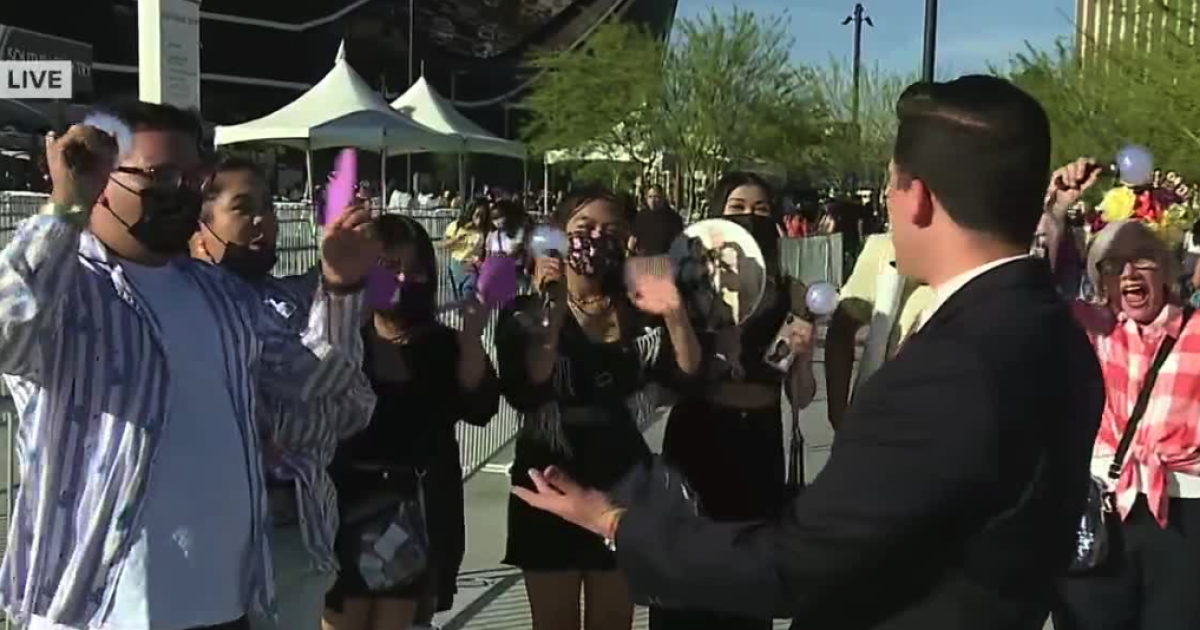 LAS VEGAS (KTNV) — Fans from across the country and around the world descended on Las Vegas this weekend. The reason is just three letters: BTS.

The sensationally popular Korean boy band’s four shows at Allegiant Stadium sold out even before they were released to the general public. BTS show organizers even set up an infinity viewing area at the MGM Grand Garden Arena to accommodate more BTS “ARMY.”

Fans say ARMY is no joke. Thousands of people lined up for more than four hours starting at 5 a.m. Friday to get their hands on BTS merchandise.

“I’m not surprised – it’s ARMY. ARMY is no joke,” a fan at Allegiant Stadium told us.

As the excitement builds, fans’ wallets lighten. From shirts and posters to hats and sweaters, the price of coveted concert merchandise added up for many of them. At least one person told us they’ve spent “well over” $1,000 so far.

For serious fans, money is not an issue. And thanks to the biggest band in the world, Las Vegas is reaping the rewards.

“After being home for two years, it will definitely be fun, and the economy needs to pick up a bit,” another fan said.

BTS has essentially taken over the Las Vegas Strip, and there are plenty of side events planned to go along with their shows. Find more information on these at ktnv.com/BTSinVegas.