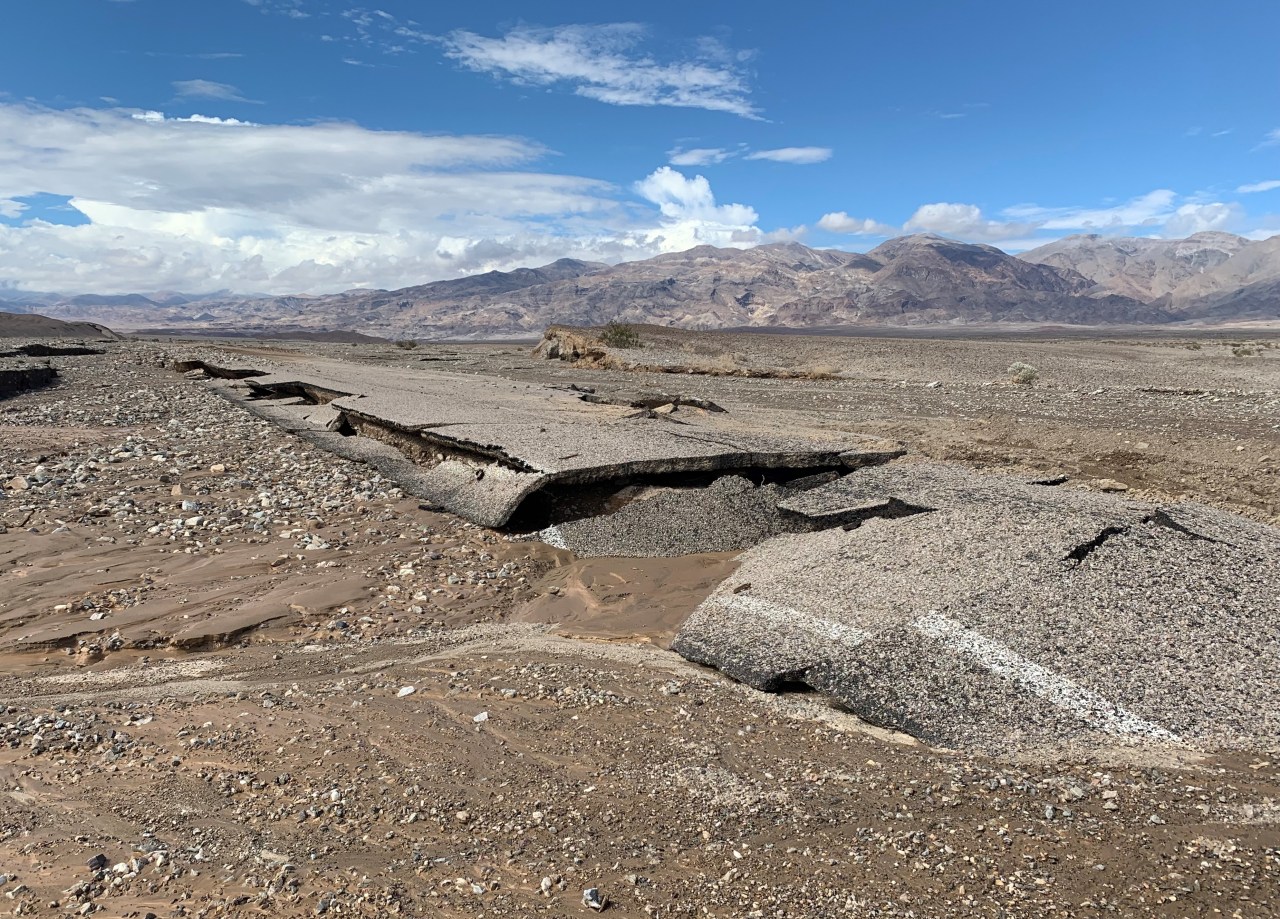 LAS VEGAS (KLAS) – As flooding continues in Death Valley National Park, the outlook for a partial October opening of the Daylight Pass Road to Beatty is taking a hit.

According to Abby Wines, public information officer at Death Valley National Park, the weekend flooding that closed a segment of California Highway 190 did not cause additional new damage to the Daylight Pass/Beatty Cutoff.

But damage to equipment could complicate matters, she said.

“One of the two front loaders we use broke down and we had a lot of equipment issues,” Wines said. The National Park Service plans to take care of repairs to Badwater Road as there is no pavement damage. But if crews are unable to open Badwater Road within the next two weeks, the contractor for this project may be required to work on the 17-mile stretch of road.

That could delay the reopening of the road between Death Valley and Beatty by about a month, Wines said.

Beatty businesses have been trying to weather the storm since the August 5 storm severely damaged the main road leading into the park. A Death Valley Inn employee said last week that business had dropped by about a quarter.

City officials and the Beatty Chamber of Commerce learned Friday that the national park is targeting mid-October for a partial reopening. This plan would open the connection, but require signal crews to manage traffic on the one-lane gravel sections of the road as pavement is replaced to fully reopen the road.

Debt Consolidation Loan vs Balance Transfer: Which is Right for You?