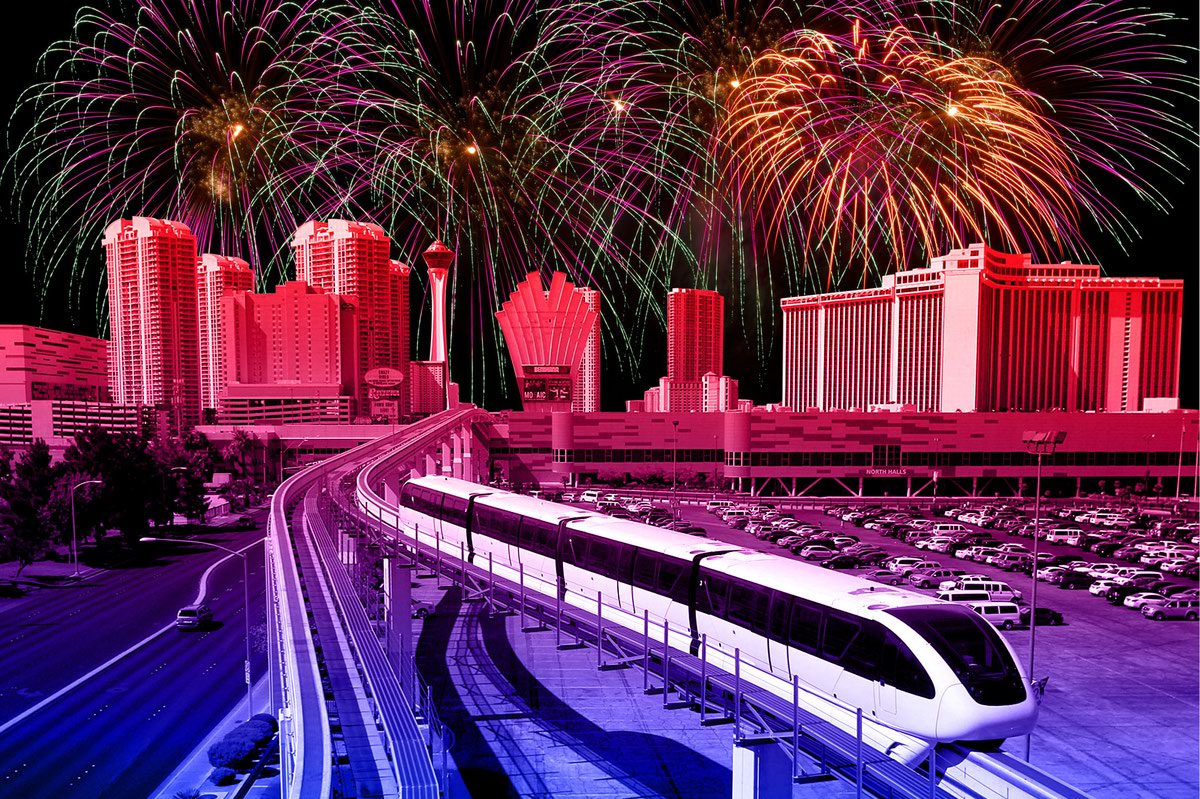 Every year on December 31, Metro closes the Strip to all vehicular traffic: private cars, taxis, public transit services, even RTC buses. The resulting wave of pedestrians crashing down our city’s busiest road in the absence of cars is an awe-inspiring sight everyone should see at least once. But if you’re expecting to just attack the Strip from its sides – Frank Sinatra Drive in the west, Koval Lane in the east – there’s a little something you need to know: don’t do this.

According to Metro, freeway exit closures will begin at 5 p.m. on December 31. At 6 p.m., nearly all roads crossing the Strip — from Mandalay Bay Road in the north to Sahara Avenue — will be closed to east-west traffic. (The notable exception is Desert Inn Road, which runs completely under the Strip.) Roads won’t reopen until after street sweepers have done their job, at 3:30 a.m. on Jan. 1.

Frank Sinatra and Koval will remain open, as will the highways. But having done the park trick at Caesars in the past, I strongly advise against taking this easy bait. Even taking a Lyft, Uber, or taxi mid-Strip is risky, given the traffic they’ll need to fight to get to their staging areas, if those areas are accessible at all. Basically you have two good options. One is to park at Mandalay Bay and take the free tram from there to Excalibur. From there, you can walk or use the second option: the Las Vegas Monorail, which connects MGM Grand to SLS.

The monorail will arrive in daylight on January 1, and it’s still only $1 per ride for anyone showing a valid Nevada ID at the ticket counter (or $5 for foreigners). Parking at SLS is free and nearby Sahara Avenue is open to traffic all night. If I did that, I’d park early at SLS, dine at Bazaar Meat or Cleo, and take the monorail to Linq or Bally’s/Paris. This isn’t some crazy lifehack; this is what the monorail was designed for. Let’s take our $2.

We’ll never, ever, ever get a monorail