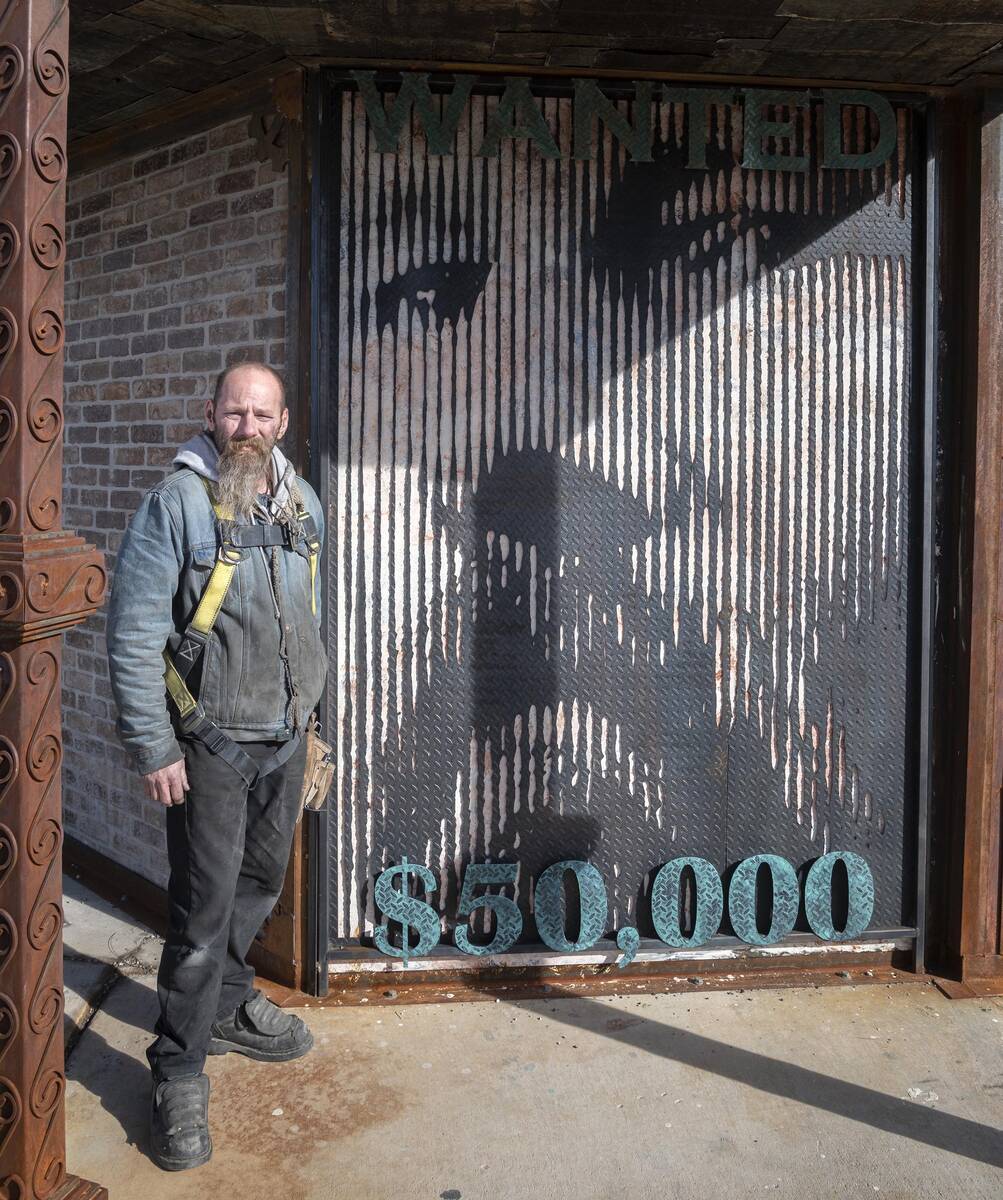 BATTY – James Henninger is the most wanted man in town, at least if you believe the picture on the Exchange Club on the main downtown corner. This is an â€œoversized research posterâ€ featuring the artist’s self-portrait and offering a â€œrewardâ€ of $ 50,000.

When developer Ed Ringle was looking for an artist to help him realize his vision of turning the venerable property into a steam-punk-themed casino and cafe, Henninger turned out to be his man.

Henninger, who grew up in Southern California, says he’s been in love with art and has been doing it in one form or another for 50 years, since he was mesmerized by watching a baby- sitter drawing pictures at the age of three. He said he couldn’t imagine doing anything else.

The artist enjoys the creative freedom that Ringle gave him in the Exchange Club project. He’s able to let his imagination guide him and finds inspiration can come anytime, like when one of his biggest ideas came while eating at Smokin ‘J’s Barbecue next door.

This idea, endorsed by Ringle and currently under construction, was to create a Victorian-era steam punk railway station on the north side of the building. The completed station, with flying buttresses and light columns, is expected to feature life-size, high-relief models of two wagons and a locomotive, with the existing entrance becoming a ticket office.

Work is also underway on a 25-foot steeple, with four ornate clock faces, which will be located next to the ticket office.

The facade of the building is largely completed. The other side is slated to feature a mural by Las Vegas artist Jennifer McCarty.

Henninger’s design uses many intricate metal parts in the form of cogwheels and lace-like trellises. They are cut on site, using a large CNC plasma cutter capable of cutting steel that is an inch and a half thick.

Henninger says it will take about a year and a half to complete all the work on the exterior and interior of the building. He says they hope to finish in June or July 2023.

In his other work, the artist worked in a wide variety of media. For years, he devoted himself to drawing, especially in pen and ink (he made his own ink and paper), but has since become more interested in painting.

Since he didn’t have the money to buy expensive art supplies, he found out that he could buy acrylic home paint samples from Lowe’s, and he used them. Not having the means to afford artist brushes, he turned to painting with his fingers.

Now he uses real art supplies, and his favorite medium is encaustic, which involves painting with melted wax. He posted videos of the technique on his Facebook page.

Henninger enjoys painting in front of an audience, which he does when possible. â€œThat way people don’t just enjoy the song; they can enjoy the process, and it’s a way of meeting new people, â€he says.

Although he admires and has been influenced by the work of many artists – including Norman Rockwell, Albrecht Durer, Leonardo daVinci and Marc Chagell, Henninger has no formal training in art.

â€œEverything is convenient,â€ he says.

â€œAlthough I admire various art schools, including the Impressionists,â€ he said, â€œI am reluctant to have my work categorized; I have the impression that this limits the artist as well as the work.

He suggests that if there was an “-ism” to describe his style, it might be called “Emotionalism”.

“I paint with my emotions, and each painting reflects my dynamism and my energy.”

When asked why he became an artist, he replies: â€œI like that art has no borders and that anything is possible. He finds art as a way to learn about the world and about cultures, his own and others.

Henninger plans to be a longtime resident of Beatty. Ringle is building a living room, studio and exhibition space for himself, and plans to have 10 of these spaces to house an artist colony in Beatty.

Richard Stephens is a freelance journalist living in Beatty.