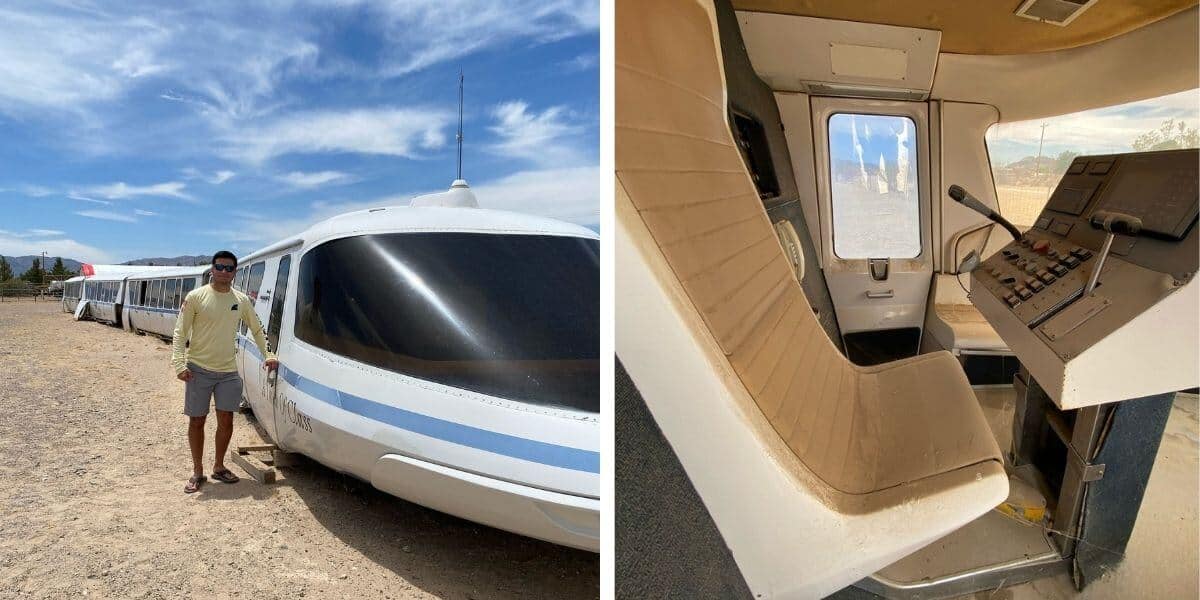 One of the most iconic modes of transportation in Disneyland and Disney World is the monorail. Since its inception, the sky train has been featured in both theme parks, and any Disney fan or guest knows exactly where to find them. Except one.

Whether you take the monorail at Disney World to get from the Ticket and Transportation Center to Magic Kingdom, or maybe from a monorail complex such as Disney’s Grand Floridian Resort, or if you want to visit Tomorrowland when you are on the west coast at Disneyland, the giant transportation system is easy to see. While many Disney fans might assume that Disney owns all of the monorails on the property, one was recently found a bit far from home.

Theme Park Shark (@ThemeParkShark) took to Twitter to post some photos of an old Disney World monorail found abandoned in the Nevada desert.

We found an old Walt Disney World monorail in the Nevada desert!

? We found an old Walt Disney World monorail in the Nevada desert! pic.twitter.com/COzGZ6zwwm

When I first saw the Tweet, I immediately thought that this monorail surely belonged to Disneyland. The proximity between California and the Nevada desert is much closer than Florida. However, after reviewing the manufacturing details of the Mark IV monorail, it is clear from the bottom that this monorail was manufactured at Walt Disney World, Orlando, Florida.

And while it’s made at Walt Disney World Resort doesn’t necessarily mean it was used at Walt Disney World, it certainly could have been shipped to Disneyland for use. Las Vegas had also used monorails made by Disney in the past, which is probably a competitor as to the origin of this monorail. Still, the story of this abandoned monorail is a mystery!

While it has not been clarified how the monorail got to the desert and why no one has removed it yet, it is fascinating to see the monorail, although dusty, still looks in good condition! The blue rim of the monorail still has a vibrant color and it looks like the standard is still intact at the front of the vehicle.

For now, it looks like anyone who stops by this relic can get some pretty cool photos of a classic in Walt Disney World history!

Why do you think this monorail is sitting unattended in the middle of the desert?