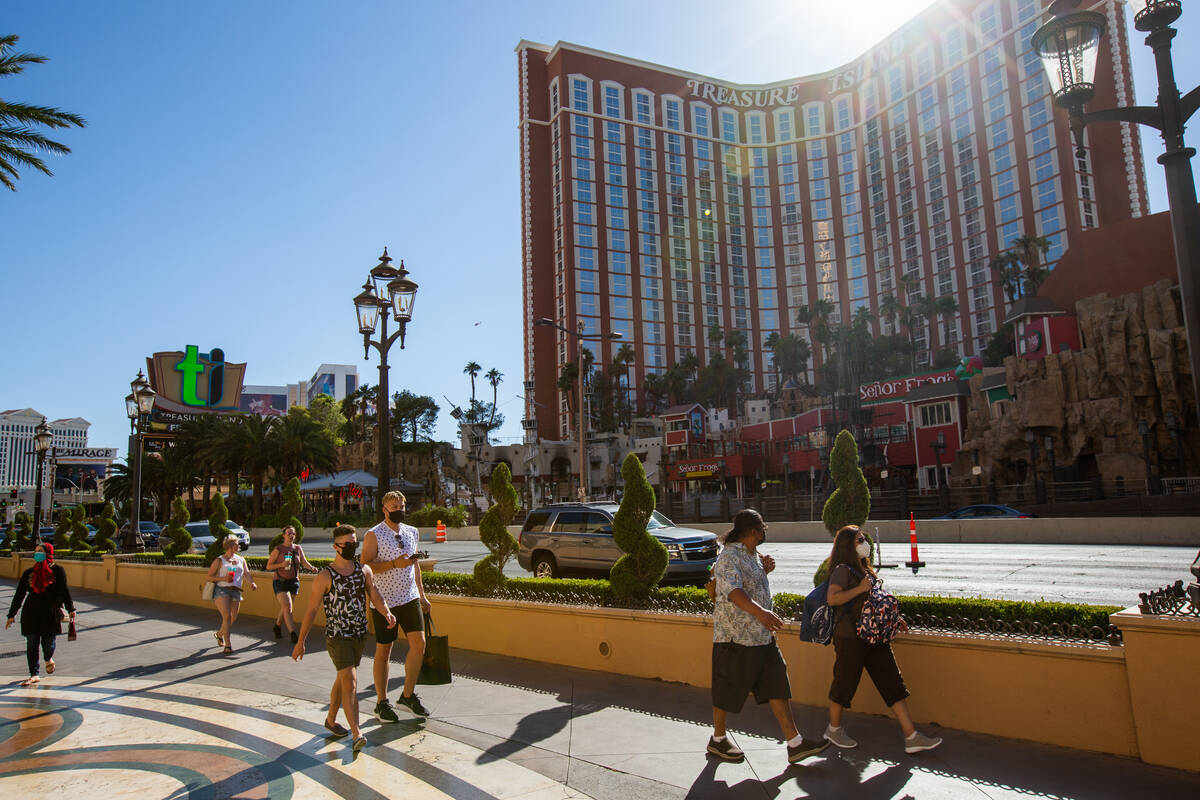 A July 2-5 room rate survey conducted on Tuesday found that the average price for a hotel room in Las Vegas for the July 4 weekend is $201.92 a night.

The AHLA said July 4 is the summer holiday when most people are expected to travel, with 32%, compared to 25% for Memorial Day and 27% for Labor Day.

The Review-Journal investigated the prices of 83 properties listed on hotels.com for Saturday, Sunday and Monday nights this holiday weekend. July 4 falls on a Monday this year, and travelers coming to the city are expected to take advantage of the day as a full day off.

The Las Vegas Convention and Visitors Authority said the average daily room rate for the month of July 2021 was $127.90 a night. That month kicked off what would become a steady increase in hotel room rates that continued through April. Rates in April, $177.12 a night, were the highest on record for southern Nevada.

Individual properties regularly monitor supply and demand, so 4th of July rates could potentially rise or fall further, depending on footfall prospects.

Of the 83 properties surveyed, nine had rates below $100 a night, with the lowest at $48 being offered at the Days Inn Wild Wild West property on Tropicana Avenue.

Others under $100 a night included Circus Circus, the Rio, El Cortez and the two Arizona Charlies properties.

Some luxury hotels were offering rates over $400 a night. Highest: The two-bedroom Signature Suites at the MGM Grand, priced at $659 a night.

Other high-end rooms over $400 a night include The Venetian and Palazzo, Wynn and Encore Las Vegas, The Cosmopolitan of Las Vegas, the Four Seasons, and Nobu at Caesars Palace.

In the study completed in late May, the American Hotel & Lodging Association said inflation and gas prices will play a greater role in travel decisions than COVID-19.

“The pandemic has instilled in most people a greater appreciation for travel, and that’s reflected in the plans Americans are making to get outside this summer,” said AHLA president and CEO Chip Rogers.

“But as the negative impact of COVID on travel begins to fade, a new set of challenges are emerging in the form of historic inflation and record fuel prices. We will keep a close eye on these issues. and urge Congress and the administration to do the same to ensure they do not negatively impact the continued pandemic recovery of hotels.

Other details of the AHLA survey:

– 78% say COVID-19 infection rates are a factor in deciding whether to travel this summer.

Tonopah’s first cannabis dispensary is just weeks away from opening