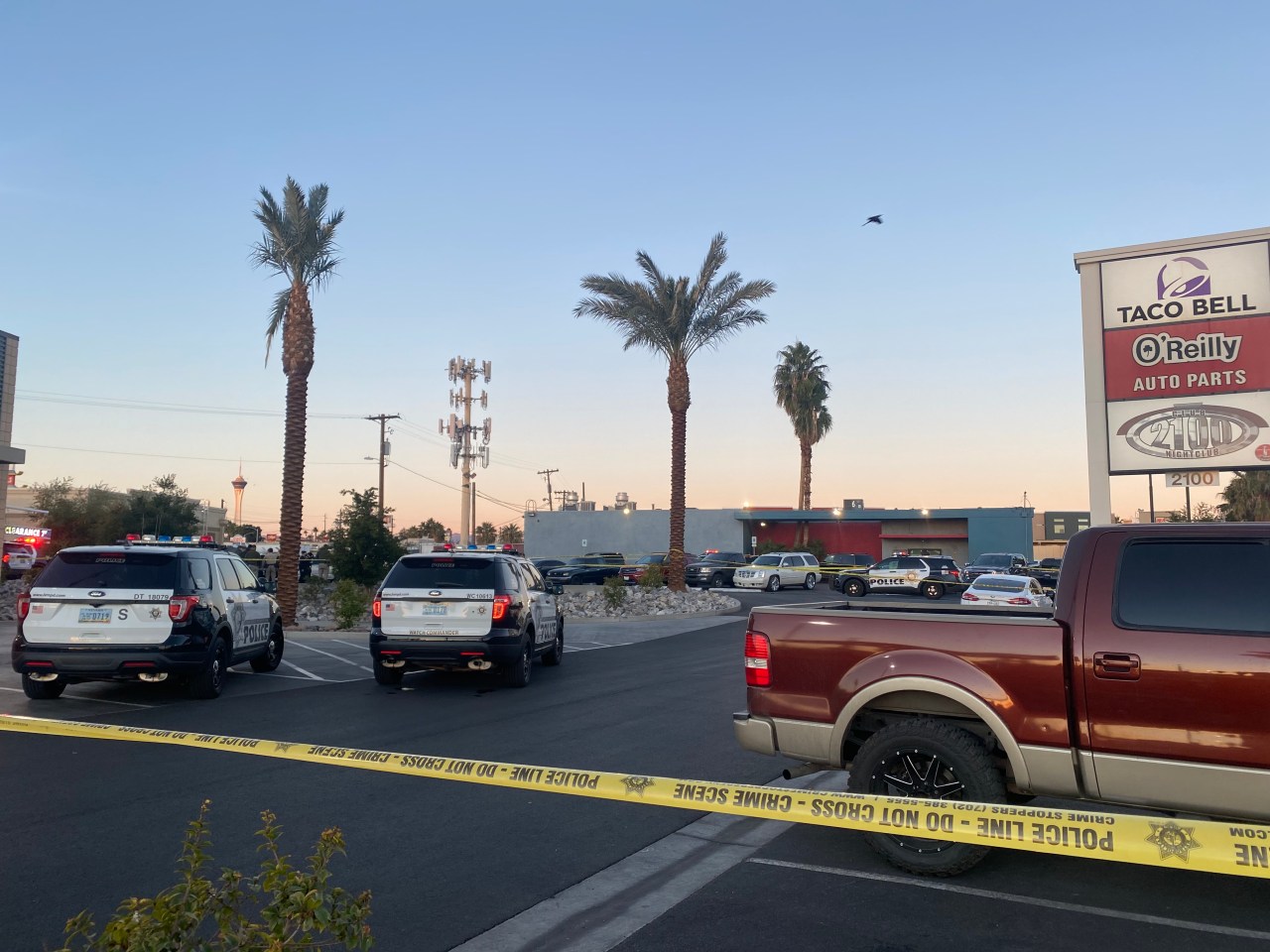 Police were called to a shooting in the 2100 block of Fremont shortly before 4.30am

Two men were taken to UMC Trauma, where one of them later died. The other man had non-life-threatening injuries, police said.

“What we have learned at this point is that the suspect is also believed to be a male who was last seen walking south in the parking lot,” said Lt. Ray Spencer of the metropolitan police. “We know there was an altercation inside the nightclub which was a verbal altercation. The two men got out and headed for the parking lot, and that’s when the shooting happened.

Police are still trying to determine how the second man was shot.

“There is CCTV. We have our digital forensics staff on the way so we can get this back,” Lt Spencer added.

No further details have been released.

Police are also urging anyone who does not know the whereabouts of their son, nephew or grandson to call LVMPD Homicide at 702-828-3521. You can also contact Crime Stoppers to report what you know anonymously at 702-385-5555.

This is a developing story. Please check for updates.